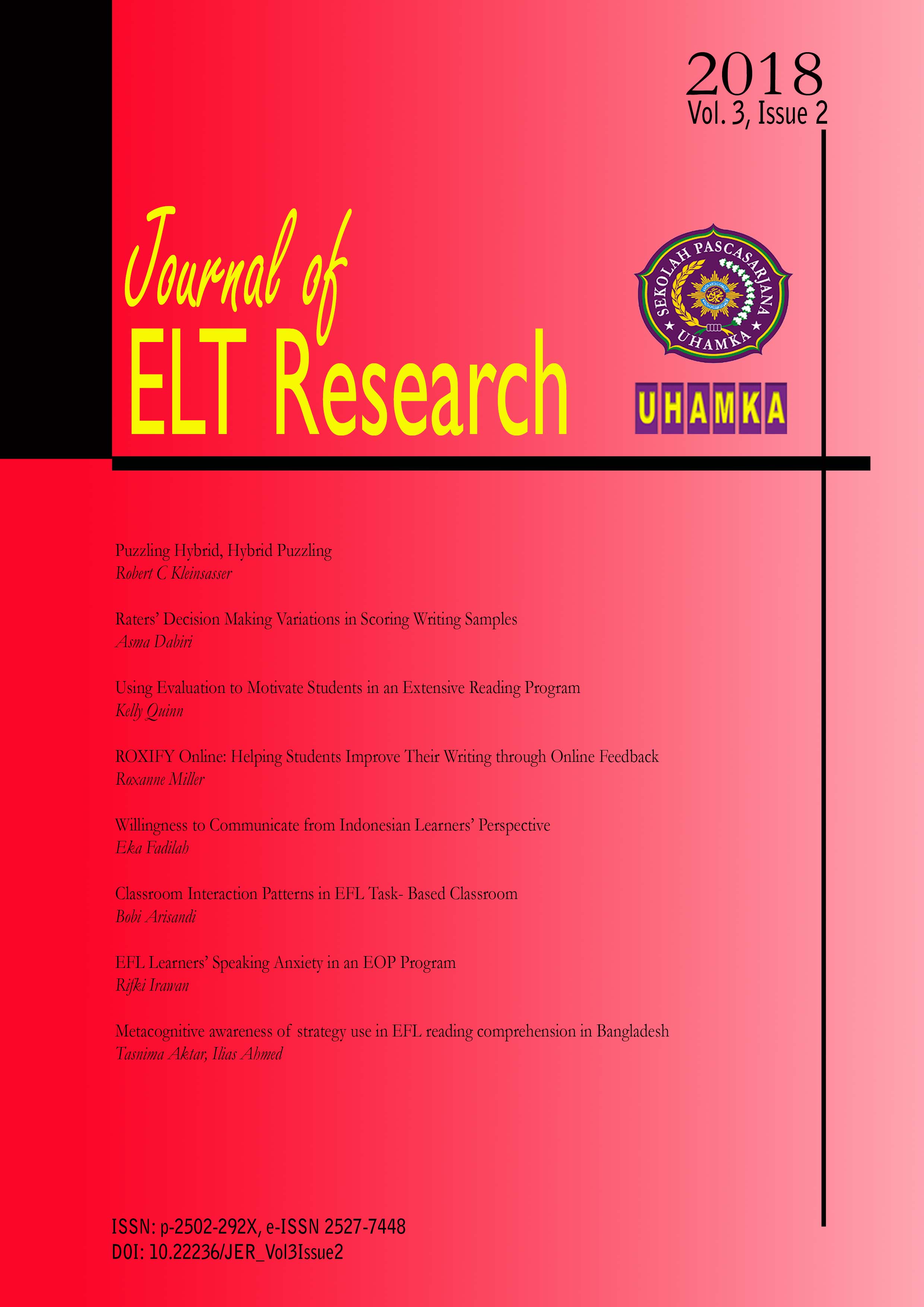 This study examined raters’ decision making variations in a writing assessment task focusing on individual differences in decision-making style (DMS). The participants’ of the study were six TEFL instructors. A rating scale obtained from Turner and Upshur, 2002 and a General Decision Making Style Inventory questionnaire, GDMSI, obtained from Scott and Bruce (1995) were administered to raters. The results showed the raters’ behaviors were not equally the same in the same rating situations. These discrepancies suggested individual socio-cognitive differences in accounting for some rater variability in scoring. In addition, characteristics of the texts (not just individual cognitive characteristics) favored certain decision-making behaviors. Accordingly, a re-visioning of the one-size-fits-all approach that is currently the norm in the training of raters for scoring writing assessments is needed. Further, a more individualized approach to rater training is needed. If the individual decision-making style to a great extent is dependent on basic cognitive abilities that are stable and not easily changed, then the decision support systems need to be flexible in order to match the needs of the individual decision makers.