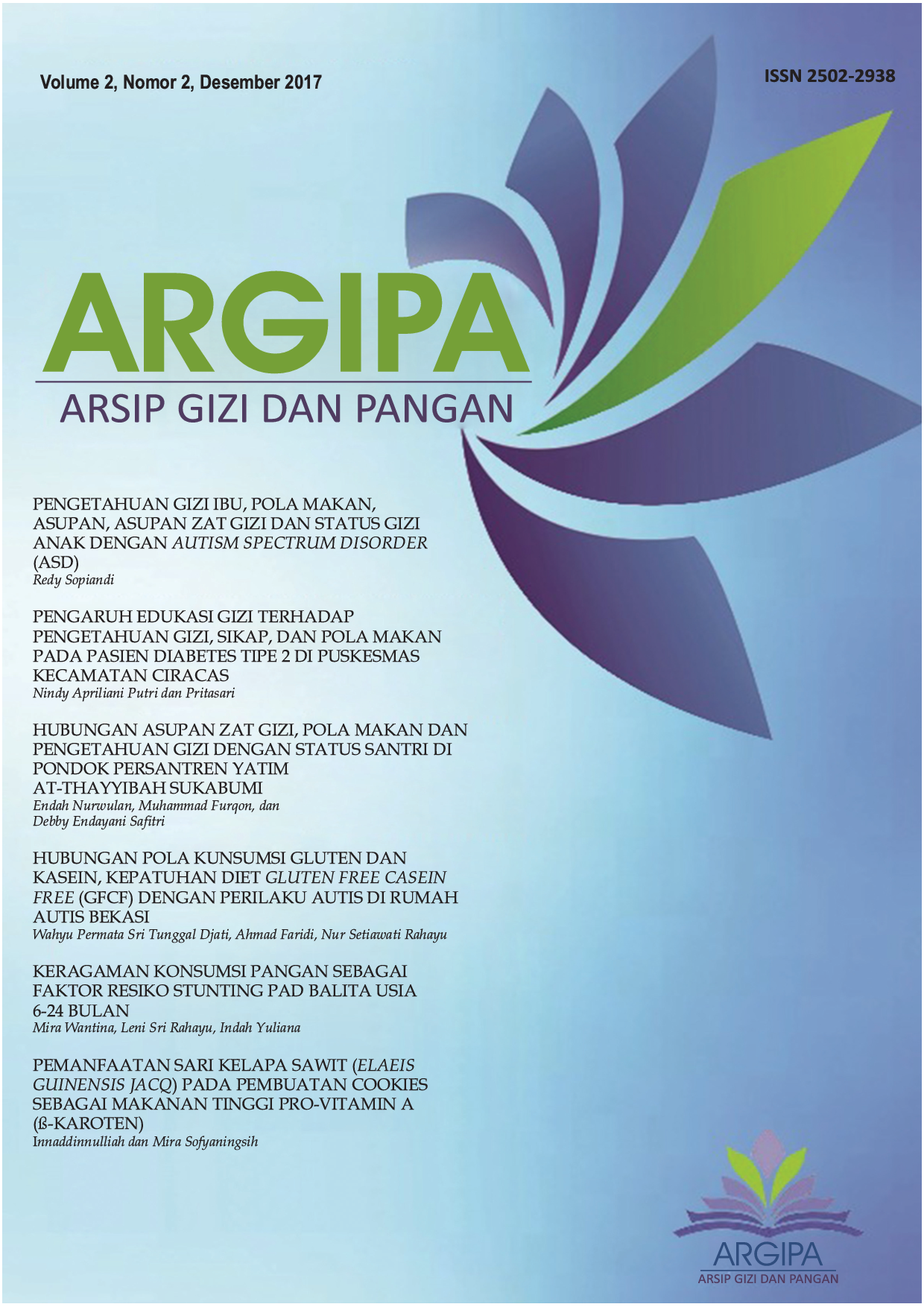 Implementation of gluten-free casein-free diet considered to alleviate the condition of
children with autism. However, this diet began to be associated with a risk of overweight in
children with Autism Spectrum Disorder (ASD). The general objective of this study was to
determine the relationship between maternal nutritional knowledge, diet, energy intake and
macro-nutrients with the nutritional status of children with autism in the School of Citra
Anindya Bintaro, South Tangerang. In this study, the method used was the cross sectional
design. Sampling method with purposive sampling with the total number of subjects were 32.
Data analysis technique with Chi-Square statistical test. Based on this research, there was
significant correlation (p<0,05) between diet, energy intake, and fat intake with nutritional
status of autism children. There was no significant correlation (p>0,05) between maternal
nutritional knowledge, protein intake and carbohydrate intake with nutritional status of
children with autism.