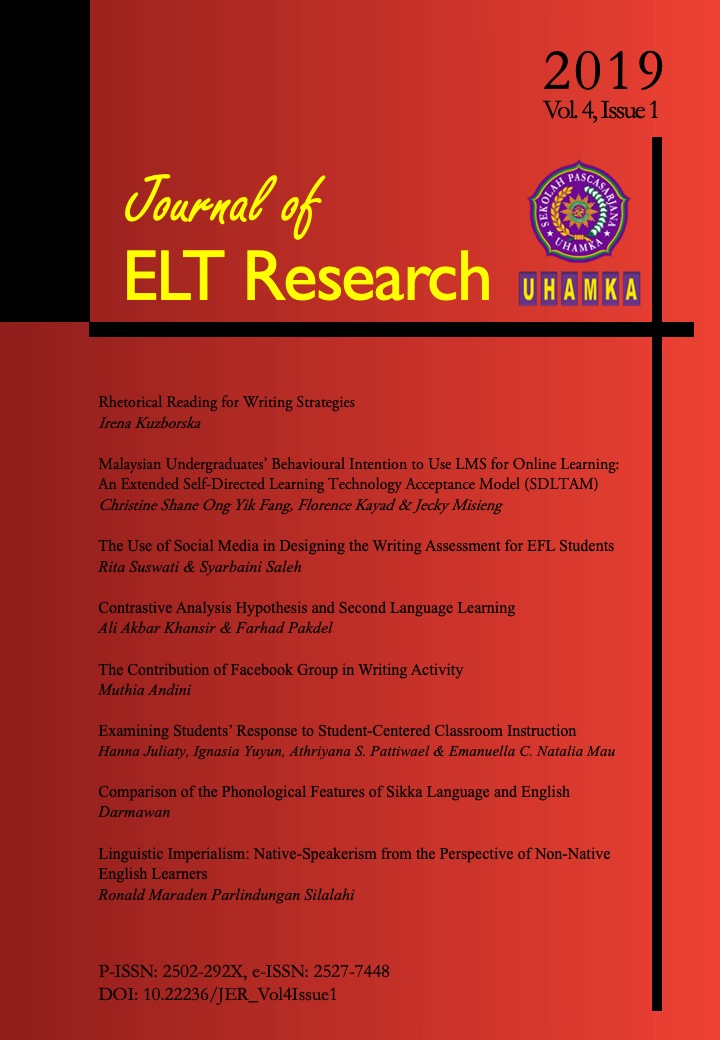 This study investigated the contribution of Facebook Group (FG) in writing activity and the students’ perception of using FG in writing activity. It is qualitative research - case study. It used purposive sampling technique involving three students at eleventh grade of Senior High School. Interview with open-ended was distributed as the technique of collecting data to allow the participants to explore their ideas. Thus, the data was analyzed by content analysis in which the data passed the process of data reduction, data display and conclusion and verification. The finding revealed that Facebook group just has contribution in pre-writing activity while the others’ activities were done in the classroom. Then, through the interview, the students’ stated that they felt comfortable in expressing their ideas through Facebook group, thus, they also felt motivated when their friends’ gave their comments on their statements.

Al-Hammody, A. (2014). When a Facebook Group makes a difference: Facebook for language learning. Mosul: University of Nineveh.

Trinadiah. (2014). The role of Facebook on Improving the Students’ Writing. Pontianak: Tanjungpura University.