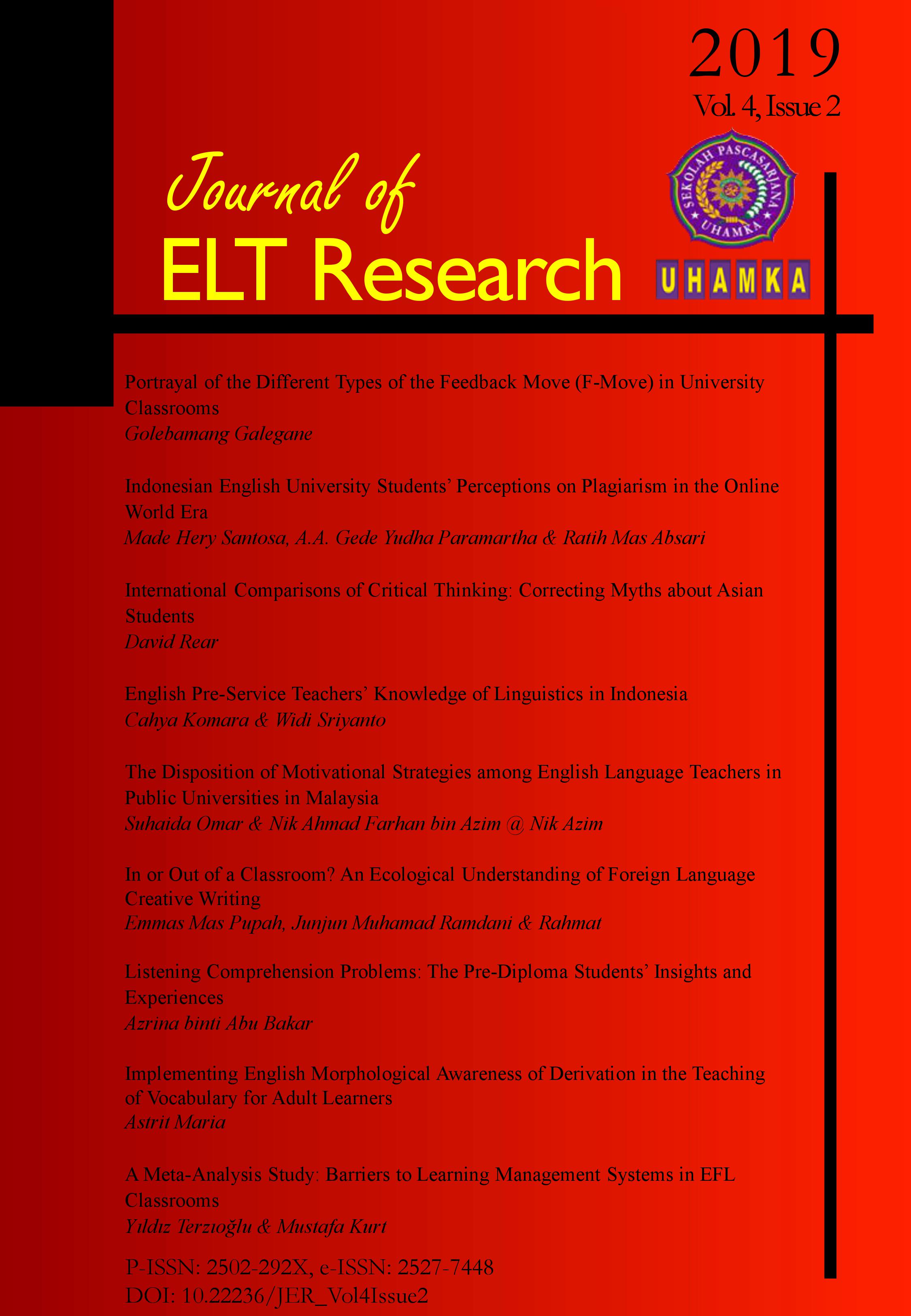 This study was to investigate Indonesian English University students’ perception on plagiarism in an online world. This study was a mixed-method with explanatory sequential design. The population and sample in this study were 633 EFL students in a University in North Bali, Indonesia. Two instruments were employed to collect the data, namely a questionnaire and an interview guide which were developed based on three dimensions, namely knowledge about plagiarism, attitudes toward plagiarism, and beliefs to prevent plagiarism. The questionnaire consisted of 14 valid statements while the interview guide consisted of 19 valid questions. The data were analyzed descriptively. The result showed that 62.88% of EFL students reported to have positive and very positive knowledge about plagiarism, 69.87% of EFL students reported to have positive and very positive attitudes toward plagiarism, and 72.27% of EFL students reported to have positive and very positive beliefs to prevent plagiarism. This implies that the EFL students were aware about plagiarism and they tended not to plagiarize on their assignments. However, finding trusted sources and paraphrasing sentences were the students’ most challenges on plagiarism in the online world. Familiarizing with concept, understanding, referencing style and system, like APA, Mendeley, and subscribing to online database, like ERIC or DOAJ are highly suggested.