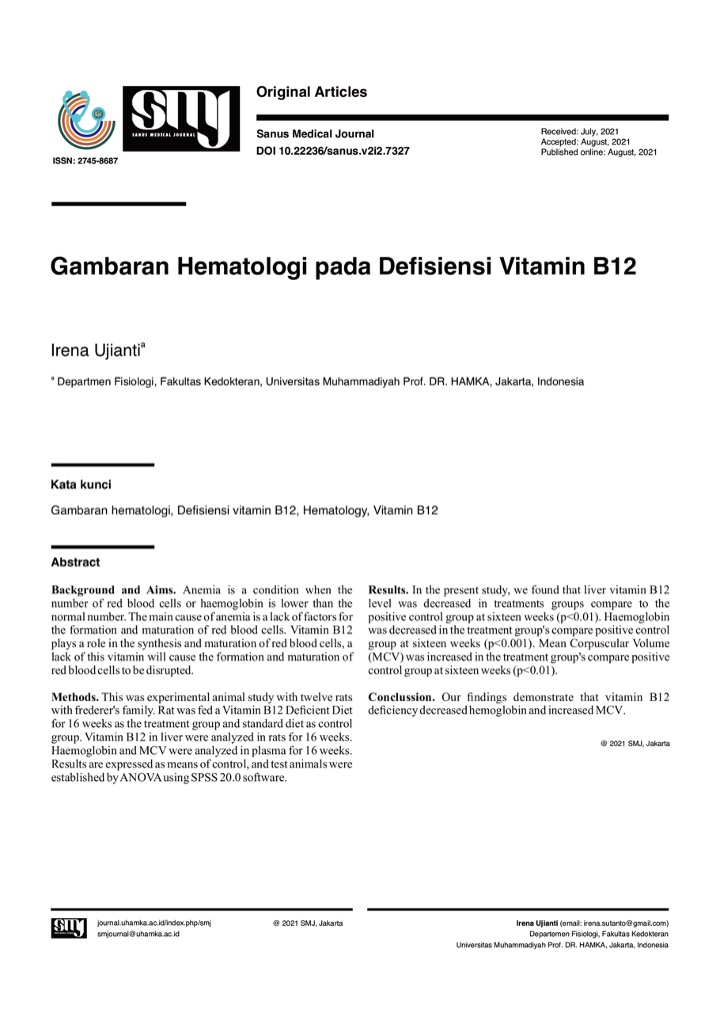 Method. This was an experimental animal study with twelve rats with frederer’s family. The rat was fed a Vitamin B12 Deficient Diet for 16 weeks as the treatment group and standard diet as the control group. Vitamin B12 in the liver was analyzed in rats for 16 weeks. Hemoglobin and MCV were analyzed in plasma for 16 weeks. Results are expressed as means of control, and test animals were established by ANOVA using SPSS 20.0 software

Conclusions. Our findings demonstrate that vitamin B12 deficiency decreased hemoglobin and increased MCV.