Research intended to acknowledge how much the influence of natural beauty perception of visitors of “Green Canyon” tourism site of Pangandaran, West Java, toward their traveling satisfaction. The method used was quantitative descriptive method. The research population were sampling from all visitors at certain period. The research conducted from January to February 2016. The sampling technique used was convenience sampling technique, by the sum of respondents were 150 tourists. The data then tested for its normality, multicolinearity, multiple regression, and its feasibility for regression coefficient. The result showed that the natural beauty variable have tcount: 12,585. Its bigger than ttable: 1,976. It mean that the natural beauty significantly affected for the tourists’ satisfaction. The value of coefficient of determination was 0.517 it showed that natural beauty contributed 51.7% toward tourist’s satisfaction. The other factors were government regulation, service quality, and security. 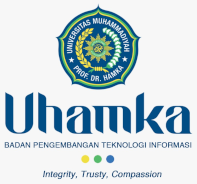