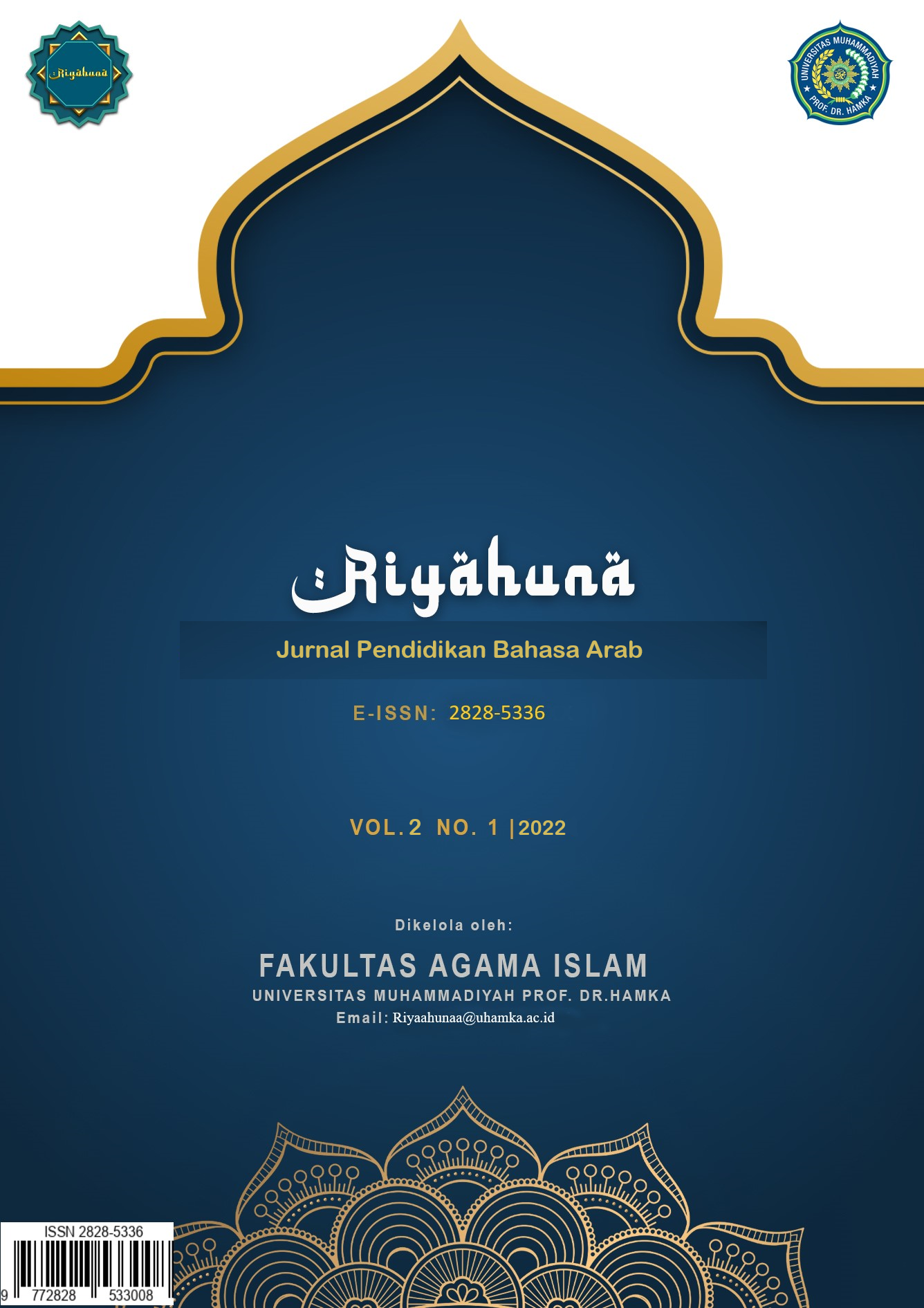 Download data is not yet available.
Table Of Contents

Code mixing is a state of using one or more languages â€‹â€‹by including fragments or elements of another language without anything that requires mixing the language and is carried out in a relaxed state. The researcher aims to find out whether there is code-mixing in daily conversations between students of the Arabic Language Study Program, Faculty of Language and Arts, State University of Jakarta. To obtain this goal, this research is qualitative, therefore a method that is appropriate to this type of research is used, namely, a qualitative descriptive research method whose information is obtained through direct interviews with students working in the Study Program, where the data obtained are stated as they are. or naturalistic. The results of this study found that there was some code-mixing in the conversations of the students of the Arabic Language Study Program UNJ. It turns out that the code-mixing occurred here for several reasons. First, because the student is a new student at the Arabic Language Study Program, FBS UNJ. Second, the student wants to greet the researcher who is indeed older than the student, and is used to calling him "Bang" which should be "Ø£Ø®ÙŠ". And the occurrence of code-mixing here is not because of intentional or other things, but because the student is still in the learning stage. And it happened not only to one student but almost happened among students regardless of their speech partners, lecturers, or their peers.