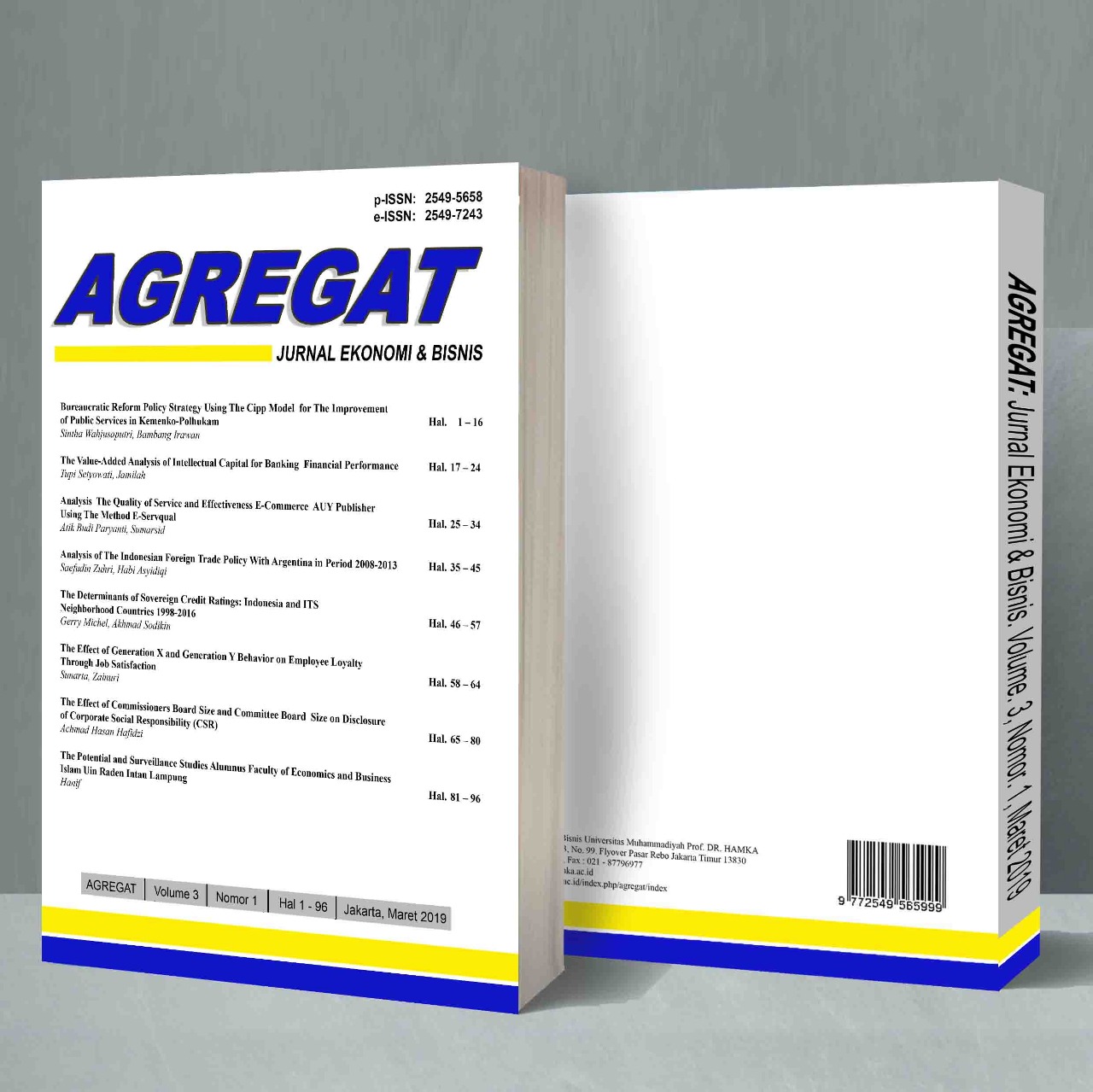 E-Commerce is an affiliation of E-bisnis in electronic media era, which is fifth industry revolution era (digital era). It is shown by many companies using internet as the most effective means to advertise and promote products produced competing either nationally or globally. Indonesia is one of potential market in Asia even in the world with the fifth largest population in the world in 2017, which the population are more than 263 million people; while the internet users up to 30 June 2017 in Indonesia are more than 132 million people. Of 200 respondents, which the mean of age was 18-24 years old. The respondents consisted of 110 male and 90 female, thus the average gender in Solo was male. The result of analysis showed that Trust was positively and significantly influence Purchase intention, Website Quality was positively significantly influence the Purchase intention, and Percived Risk was positively and significantly influence the Purchase intention, so that each improvement of Percived Risk score would improve Purchase intention.